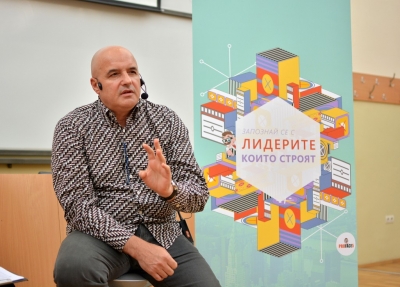 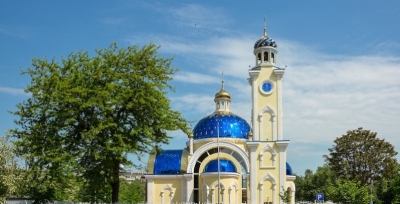 For the first time in Bulgaria, a temple’s construction raises a metal dome

The recently completed St. Nicholas the Wonderworker in Plovdiv, Bulgaria, includes a 12-ton metal dome, the first of its kind to be included in new construction of a basilica in that country. Image: HMC Construction

In Bulgaria, Nikulden is an important winter holiday that every December 6 remembers St. Nicholas the Wonderworker, master of the underwater world and patron saint of sailors and fishermen.

Plovdiv, located in the south part of Bulgaria, is this country's second largest city, and the oldest continuously inhabited city in Europe. Plovdiv was recently ranked among the continent's top three destinations, and in 2019 will be Europe's designated capital of culture.

History, religion, and culture converge at St. Nicholas the Wonderworker temple in Plovdiv, a recently completed basilica that represents the first time in Bulgaria's long history that a temple's construction included raising a single-nave metal dome.

Hristo Hristov, Project Manager for HMC, the construction firm that financed this project and was its general contractor and mechanical engineer, tells BD+C that the 213.6-sm (2,299-sf) building required a complex steel structure that would be flexible enough to withstand earthquake conditions, to which this part of the world is susceptible. The steel, however, is significantly lighter than building materials that have typically been used for temple construction in Bulgaria, he states.

Hristov adds that the building's flooring was produced from four different kinds of granite.

The 22-meter-high temple is topped with the metal dome, made at HMC's factory, that's 5.5 meters high, 10.7 meters in diameter, and weighs 12 tons.

The history of this project, whose start and completion span from December 2010 through May 2015, “lies in a coincidence," explains Hristov. HMC's owner, Kiril Vasilev, was on a business trip in the Ukraine city of Nikolaev, where he happened upon, and subsequently became fascinated by, the temple of St. Nicholas there. “From that moment, Mr. Vasilev felt a strong urge to create a reproduction" in Plovdiv, says Hristov.

based on a proposal from the Metropolitan Bishop of Provdiv Nikolay, the temple was designed and constructed 2.5 times larger than the original.

The temple is designed in the traditional Russian style, with pale yellow façade and white decorations. The primary dome is blue with golden stars, and is surrounded by smaller golden domes.

Next to the temple is a 24-meter-high clock tower that was part of this construction project. Two-meter-high, gold-plated crosses on the tops of the tower and domes were made in the workshop of Kiev Pechersk Lavra, a historic Orthodox Christian monastery in Ukraine.

Arkont-A was the architect and structural, electrical, and plumbing engineer on the temple and tower project.